Back to Past Events
TOLINS-STETZ-SLEIGH 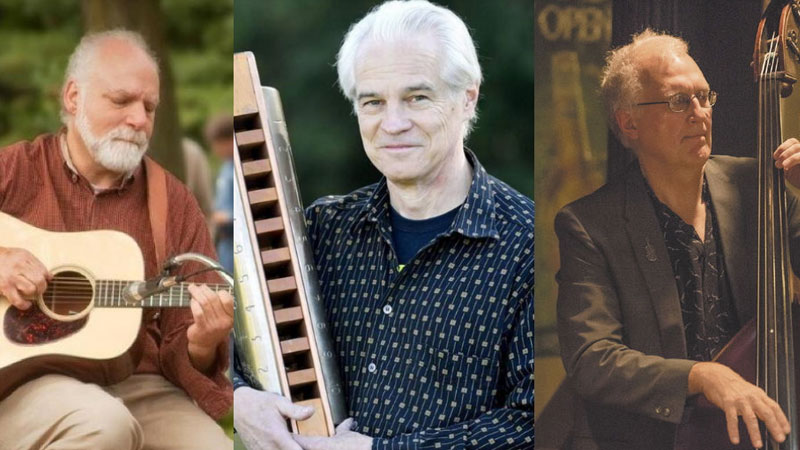 Andy Tolins, Richard Sleigh, and Bill Stetz are not strangers to Acoustic Brew patrons. Andy has graced the Brew stage 9 times in various configurations starting back in 1995. Richard’s been here at least 5 times as a headliner, but more often as an accompanist for various acts including twice with Susan Werner. Bill has probably sat in at one time or another with every local roots, blues, celtic and bluegrass groups, many of those on the Brew stage, too.

Andy Tolins is a guitarist, bassist and vocalist, who also plays dobro, mandolin and table steel. He is an accomplished songwriter, bandleader, and producer; winner of Billboard Magazine’s 1999 Best Unsigned Band award for ‘High Water’ by the Triple A Blues Band. Richard Sleigh is a harmonica player who also builds experimental harmonicas. If it’ called ‘roots’s, Richard plays it. He has appeared with numerous acts over the years, including Andy, of course, and Taj Mahal, Marshall Tucker, Bo Diddley, the Brighton Symphony Orchestra, and Susan Werner (on the Brew stage). Bill Stetz has added his expressive bass playing (both upright and electric) to a wide variety of ensembles in the central PA region for over 30 years.

Join us to hear these three virtuoso performers tickle our ears with the blues and more.