Back to Past Events
Carolann Solebello / George Wirth 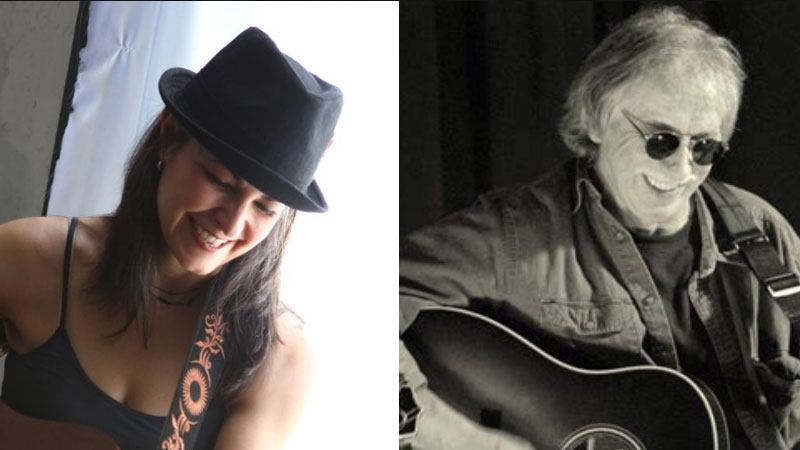 It is with deep regret that the Acoustic Brew board has made the difficult call to cancel the April 4 show with Carolann Solebello and George Wirth. We hope to be able to bring this show back somewhere down the road. We will reevaluate the situation in about two weeks and make the call on our 5/2 season closing show with Joe Jencks.

George Wirth is a singer/songwriter with a gift for telling human stories shaped by imagery and narrative. His unaffected, lived-in vocal style and guitar arrangements suit his songs perfectly, with images and melodies that resonate long after the music fades. Never one to grab a cheap cliche’, George’s lyrics capture moments from the lives of friends and strangers alike and make them real in their honesty. We know these people, even though we’ve never met, and while the songs are personal to George they become personal to the listener as well. Live, his songs are often interspersed with humorous stories, observations and rambles that take on a life of their own, resulting in further narrowing the gap between performer and audience.

Carolann Solebello’s smooth, compelling voice and warm acoustic guitar style surely nod to rural folk traditions, yet her decidedly urban sense of rhythm and sophisticated vocal phrasing bend those traditional forms into more contemporary shapes. Her lyrics, always sharp and incisive, delve deeper and wider than ever before on her latest release, Shiver (2018). In each of twelve well-crafted songs, Carolann digs into existential truth, revealing imperfect, uncertain, frightened, nostalgic, vulnerable, and sometimes unreliable narrators, whose stories – by design or by accident – occasionally intersect with her own.