The Acoustic Brew is a non-profit, volunteer-run concert series, established in 1992. We are a listening place committed to providing reasonably priced, quality folk and acoustic music in an intimate, smoke- and alcohol-free environment.  The Acoustic Brew was the idea of John Walls, who moved to central Pennsylvania from New England and who had been involved with the Nameless Coffeehouse in Cambridge, Mass.  The Acoustic Brew has developed a strong reputation, both among folk performers and in the local community.  Despite its small size, ABC has attracted quite a number of regional and national folk artists. 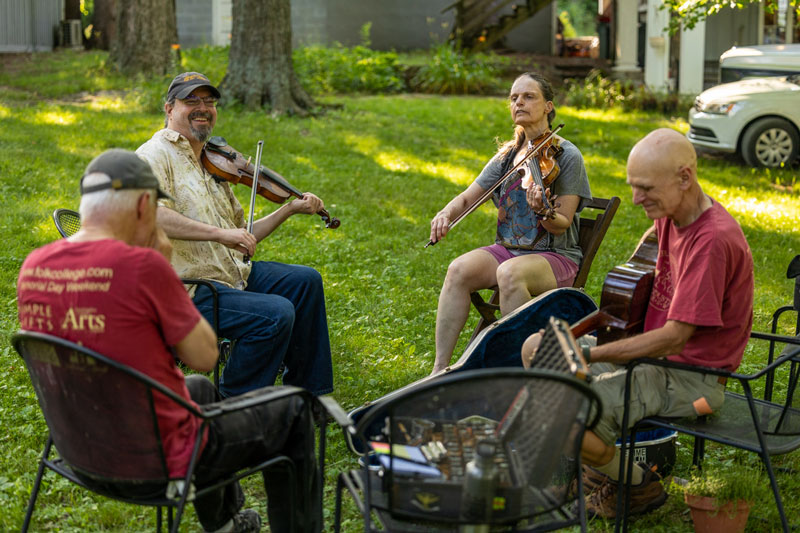 Most performances in 2022 are planned to take place at the Boalsburg Mansion. Other venues include Center for Well Being, a yoga and massage facility that the Brew rents for its concerts and that seats about 110.  The Center is located on Mount Nittany Road in Lemont, about three miles from Penn State’s main campus.  It’s about 90 minutes from Harrisburg; three hours from Pittsburgh; and four hours from New York City, Ithaca, Philadelphia, Baltimore, and Washington D.C.  Larger performances are held at the WPSU Studios in PSU’s Innovation Park. In the past, we’ve also held shows at the Unitarian Universalist Fellowship, the State College Area High School, and the Mount Nittany Middle School.

Central Pennsylvania has a thriving folk music community, thanks in part to WPSU, the public radio station at Penn State. The Folk Show has been a major factor in the Brew’s success. In the fall of 2005, we began a partnership with WPSU to present concerts in their studio space and do so as needed for larger concerts.

The Folk Show airs on…